Tick-borne diseases, including Lyme disease, Rocky Mountain spotted fever, and others, are increasingly appreciated as a significant public health concern worldwide, and an increasing concern in the Great Plains in particular. However, a detailed understanding of these diseases, how they are acquired, where are the high-risk areas, and how might they best be mitigated, has remained surprisingly opaque. This project, a collaboration between University of Kansas, Kansas State University, Pittsburgh State University, Oklahoma State University, the University of Oklahoma, the University of Oklahoma, Norman campus, and the University of Central Oklahoma, represents a broad-scope, highly interdisciplinary, integrated, and data-intensive effort to illuminate these questions across two states, Kansas and Oklahoma in the Great Plains. Major elements of the project include assembling detailed, large-scale datasets on the occurrences of different tick species, the genomes of the ticks and the pathogens, and environmental variation across the region, as well as marshaling new artificial-intelligence tools to permit rapid and accurate tick identifications by non-experts. Project scientists will use ecological niche modeling and mathematical population modeling approaches to assess and predict transmission of the major tick-borne pathogens, and create and test the automated identification tools. The project will foster what can be termed "big data literacy" via a series of workshops and courses, as well as online data resources. Perhaps most importantly, the project will involve numerous undergraduate and graduate students in many project tasks, giving them opportunities to learn and explore futures in these and related areas of science. Project students will be recruited as broadly as possible, to represent in particular populations that are not well-represented in science, including minorities, women, and those from families without a tradition of university-level education. Project outcomes will include online, interactive maps of tick-borne disease risk, and online facilities for identification of tick photographs taken by the general public. Junior members of the project team (younger faculty, postdocs, and students) will be mentored and guided by more senior individuals, so as to maximize the probability of their successful advancement in this field. The project team will be guided by an advisory board with broad and international expertise, as well as state-level public health policy experience. At the close of the project, we anticipate a much-improved and considerably more detailed understanding of the diversity and risk of tick-borne diseases across Kansas and Oklahoma. Tick-borne diseases are increasingly recognized as an important public health concern across the United States, including Lyme disease, ehrlichiosis, Rocky Mountain spotted fever, southern tick-associated rash illness, human granulocytic anaplasmosis, babesiosis, and viral infections with Heartland and Bourbon viruses. Knowledge of the spatial distributions of ticks and pathogen species, and the associated spatial risk of transmission of tick-borne diseases in the Great Plains is quite limited. This project marshals several "big data" streams (tick occurrence data, tick and pathogen genomic data, remote sensing data to characterize environments) and novel scientific tools to shed light on geographic patterns and temporal dynamics of risk of infection with the pathogens that cause these diseases. Specifically, this project, a collaboration between University of Kansas, Kansas State University, Pittsburgh State University, Oklahoma State University, the University of Oklahoma, the University of Oklahoma, Norman campus, and the University of Central Oklahoma, will involve field collections of ticks and vertebrates hosting ticks from 12 sites in ecologically distinct regions across Kansas and Oklahoma, which will be tested using genomic tools for a diverse suite of pathogens; the resulting data on tick and pathogen distributions will be the basis for detailed modeling of transmission risk using complementary, cutting-edge tools (correlative niche models, mechanistic population models) to achieve new syntheses of population and range dynamics. This project will explore and develop a first automated tick identification system based on deep-learning approaches, which will feed much more information into the other analyses envisioned for this project in the form of detailed distributional data. This project will also have substantial implications for broadening participation in science, via linking senior and junior scientists (including minority faculty members) in a joint, collaborative, and integrative effort designed to mentor and build confidence and stature among junior team members (faculty, postdocs, graduate students, undergraduate students) and among faculty from teaching-focused institutions. This project will offer various educational opportunities in the areas of big data analytics, big data access, and disease risk mapping, which will be made broadly and openly available to the scientific community. Finally, towards mitigating effects of tick-borne diseases in communities across the southern Great Plains, this project will produce and make broadly available detailed risk maps for each tick-borne disease in the region, and create technology for automating tick identifications, to allow citizen scientists and stakeholders in the general public better access to information on ticks and disease risks that are personally and immediately relevant. 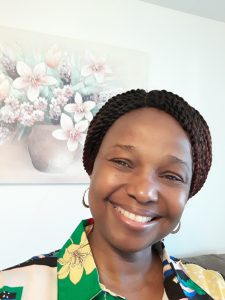 Back to top
Menu